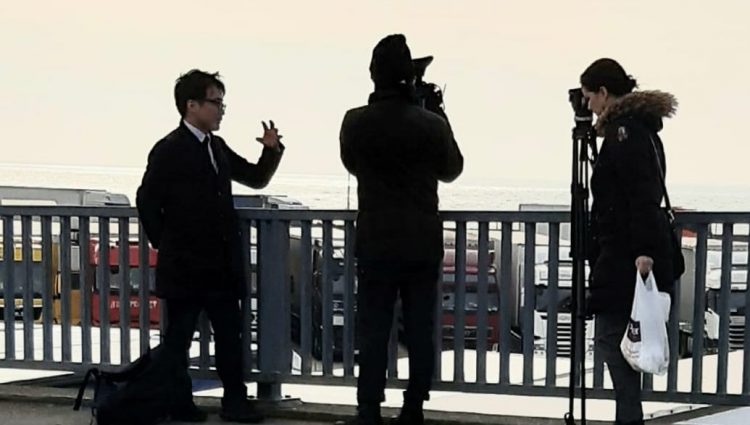 The Xinhua journalists were interested to learn about customs and John translated as they spoke to a Serb driver. The Serb driver explained to the journalists, Zhang Dailei, Oliver Jarvis and Jin Jing that it takes several hours to get in and out of the EU which has potential implications for when the UK, like Serbia, no longer exists as part of the EU.