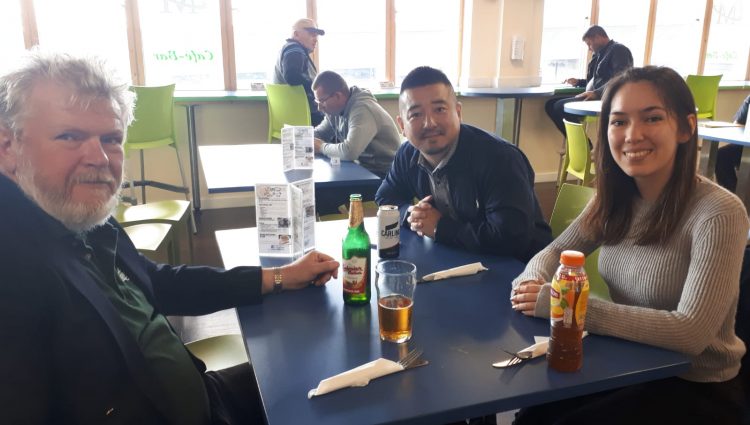 In the style of the Ft weekend edition “Lunch with the Ft” the Japanese equivalent of the Financial Times “Nikkei” bought lunch for John Shirley. The Japanese journalists Mineru and Rhyannon shared an operation stack-burger while John had a pork schnitzel with mushroom sauce, washed down with a Budweiser original from the Czech republic. The empty plate next to Rhyannon was duly christened the operation Brexit-burger plate, AKA no Danish bacon, Dutch Cheese, Spanish Tomatoes, Italian Ketchup, no Irish meat and no French Brioche buns.
Behind the Nikkei team, to the back of the room, it was observed that ladies were handing out instructions to drivers for what to do in the event of Brexit, drivers whom are already aware, no doubt, of how tedious and arbitrary customs can be. 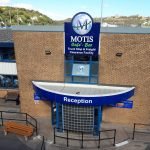 Lunch with the Nikkei Shimbum 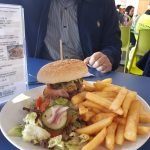 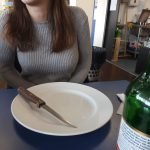